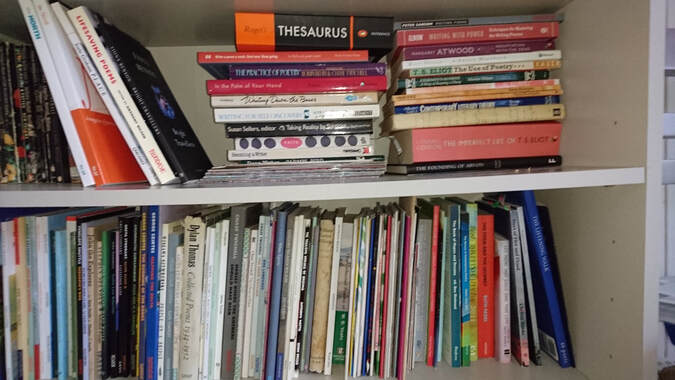 Chrissy Banks is a poet, performer and writer. She was born and grew up in the Isle of Man, but now lives in Exeter, where she runs poetry reading groups and occasional workshops. With Alasdair Paterson she co-presents Exeter's Uncut Poets and was involved for several years with organising Exeter Poetry Festival. In a former life, she worked in teaching and for many years as a counsellor and trainer.

Chrissy's first pamphlet was Watching the Home Movies (Odyssey) followed by a full collection, Days of Fire and Flood (original plus). She was shortlisted for Indigo Dreams' Geoff Stevens' Memorial Prize and in 2019 her second collection, The Uninvited, was published by Indigo Dreams. A pamphlet, Frank, is due for release in May 2021 from the Poetry Business' Smith Doorstop imprint.

Chrissy has been widely published in journals, including the Rialto, the North, Agenda, IS&T, And Other Poems, Sarasvati, The Cannon's Mouth, Orbis and Snakeskin. Her poems appear in a number of anthologies in the UK and US and her poem The Gift is used by Cambridge International Examinations Board. She won second prize in the Wordsworth Trust Best Single Poem Prize in 2017, was longlisted for the Erbacce Prize for Poetry in 2018, longlisted in the Welsh Poetry Book Prize in 2020, commended in the Teignmouth Poetry Competition, 2021. She has twice been nominated for the Forward prize Best Single Poem.